A Person to Honor 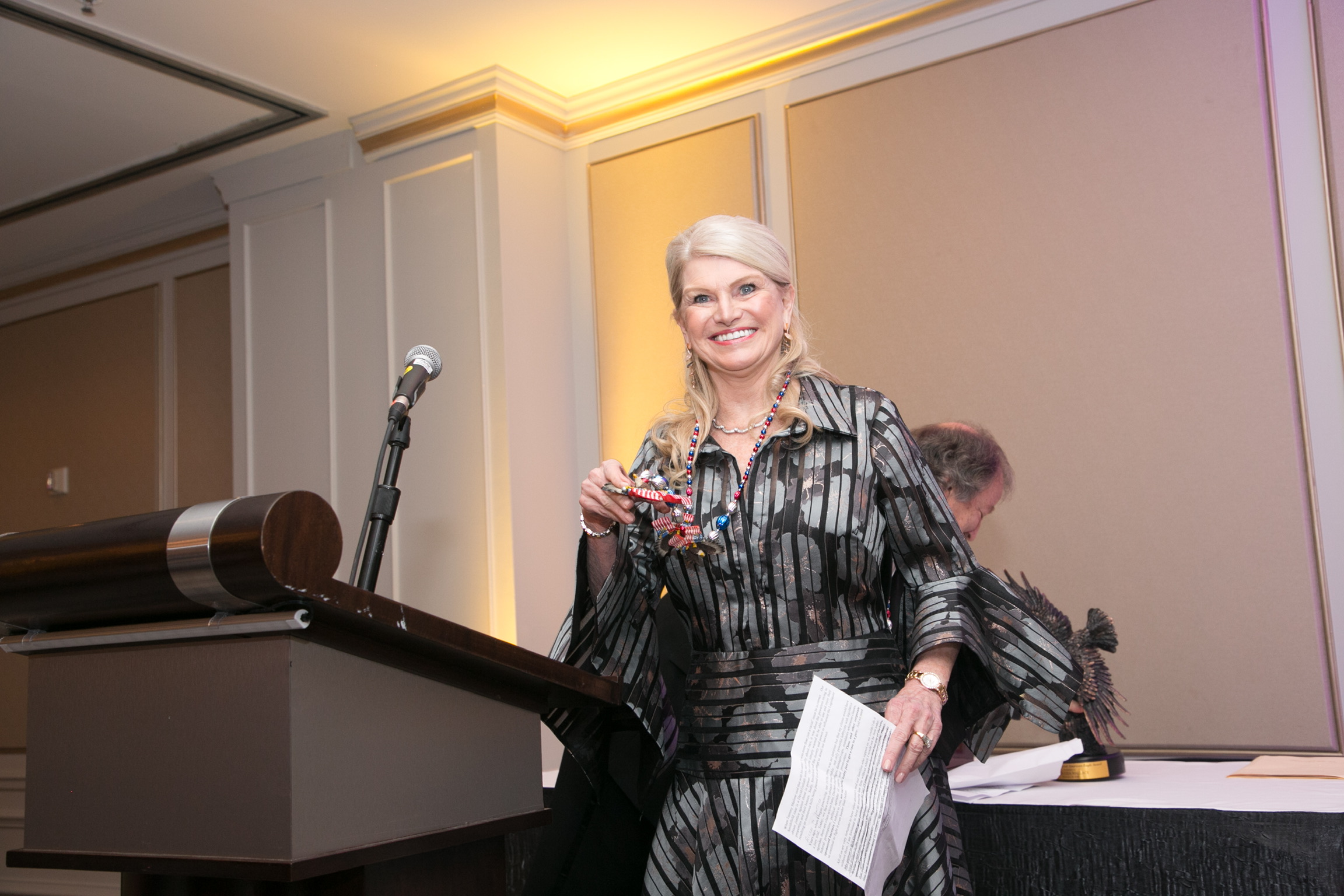 On February 20, 2020 in New Orleans, Louisiana, Mona Lisa Wallace received the Tommy Malone American Eagle Award from the Southern Trial Lawyers Association.  The honor is only awarded for those whose calling is to help others. The recipient must be an embodying symbol of integrity, bravery, freedom, pride, and strength. Mona Lisa Wallace has demonstrated these characteristics throughout her career and continues to do so.

Attorney Charles G. Monett III introduced and recognized Wallace for her resilient work and representation of justice.  He acknowledged her unwavering fight for justice for those preyed upon by the Payday Lending industry. He recognized her for protecting car purchasers from unethical and immoral car dealers, who took advantage and forced them to buy things they didn’t want.  He recognized her for helping retirees of steel industries to receive or keep their medical benefits. When the audience thought he was done, he celebrated Wallace for her long fight against the hog industry where clients were subjected to industrialized hog farming with effects reaching their backyards.

The audience applauded in respect and awe over Mona Wallace’s massive effect on the lives of others, and in pursuit of the justice system.

Wallace was not only a recipient of the American Eagle Award, but she is also the first female since 2006 to receive the award after fourteen male recipients.

When Wallace stepped on the stage, she graciously accepted her award.  She told the audience about her appreciation for North Carolina and how humbled she was to serve the people. She remembered the first time she met Tommy Malone, the first-ever recipient of the American Eagle Award, and recalled him as kind and giving. She recounted his work in the civil rights movement, and his plight to do what was right.

The night was filled with joy and delight over Wallace’s award. From a humble upbringing in Salisbury and Spencer to founder and co-partner of a firm that represents tens of thousands of clients, to an award-winning lawyer and former president of Public Justice, to a mother, grandmother, and community leader, Mona Lisa Wallace has managed to set the bar high for upcoming lawyers and attorneys. “Receiving the Tommy Malone American Eagle Award was such an honor,” Mona Lisa Wallace says, “but my staff has also helped in this long journey of what is right for our clients.”

At Wallace & Graham, we are committed to our clients and their well-being. If you have questions about or need help with employment benefits, personal injury or death, work-related injuries, social security disability, or environmental litigation, please do not hesitate to contact us.

0 comments on "A Person to Honor"

I am grateful for your tireless work on my behalf and send my sincere thanks. You were always patient with my questions and efficient and courteous with your answers.
There was a Medicare lien filed against our settlement and you worked “over and above” to get a good resolution for us. The money got us out of credit card debt and left some in the bank for rainy days!
I send my appreciation to everyone who worked on my claim.
Sincerely,
John D. Yandel

Wallace & Graham law firm has gone far beyond my needs to help me with my legal concerns. From the first day I walked into their office, I was greeted by two of the nicest ladies at their front desk. These ladies made my wife and I feel totally welcomed and interested in our needs. I came here with workers comp questions and Whitney Wallace took my case. She greeted us and we felt like part of their family. Whitney was always there to answer all my questions. Please call Whitney if you have any worker comp concerns. I was also having hearing problems and Mark Doby started asking concerning questions and before I left there he was filing a hearing claim. He was awesome with my hearing claim. After years of not hearing well, he got me hearing aids and more. Thank you Mark for all the hard work you did for me! My wife and I would also like to thank Megan Hinson who handles all of our in between questions during our claims, you are the best! You were always there when we needed someone. If ever in need of a good lawyer, please contact Wallace & Graham law firm. They are the best! We love you guys!

Wallace & Graham is the best law firm in the country. I have been a client of their office for several years and always have gotten positive results. Mark Doby handled my disability case and had been turned down twice by Social Security and Mark went with me to the hearing and was approved immediately – Mark Doby did an excellent job for me. Ed Pawley has always helped me and my family on several cases and always 100% complete satisfaction. Ed has never lost a case for us. Both of these attorneys are not only attorneys but friends as well.