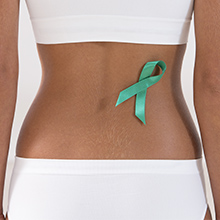 On November 16, 2017, the U.S. Food and Drug Administration approved the Pfizer Inc. drug Sutent (sunitinib malate) as the first approved adjuvant treatment for adult patients who are at a high risk of kidney cancer (renal cell carcinoma) returning after a kidney has been removed (nephrectomy).  An adjuvant treatment is a form of therapy that is taken by patients following the initial surgical removal of a diseased kidney to lower the risk of cancer coming back. In a statement, Richard Pazdur, M.D., director of the FDA’s Oncology Center of Excellence and acting director of the Office of Hematology and Oncology Products in the FDA’s Center for Drug Evaluation and Research remarked on the approval of Sutent. In that statement, he said with the approval of Sutent, adjuvant treatment for those at a high risk of kidney cancer returning following the removal of a kidney, that “there is now an approved therapy for patients who previously did not have options to potentially reduce cancer recurrence.” The approval of Sutent also comes with a warning related to both common and severe side effects, including a boxed warning that advises both healthcare professionals and patients about the risk of severe liver damage (hepatoxicity), which may result in liver failure or death. For more information about the approval of Sutent, and to read the full FDA NEWS RELEASE, click here to go directly to the FDA site

Thank you so much for continuing to look out for me.  The checks are very much appreciated.  You all jut bless me so much.  The money comes at the right times.  Sincere Thanks, Mary E. Martin

To Mr. Graham and Mona Lisa and all of the staff thank you so much for the check i received today, It sure came in handy with my medicine being so expensive. Ive really enjoyed your firm and have no complaints, god bless all of you.

After being told by 3 Doctors that you have Stage 4 terminal cancer no matter what you were doing in life it suddenly goes into shock, hurt, fear and disbelief. Although, I am 62 and was trying to continue to work 40 hours a week, I was missing 20 or more days due to chemo and radiation treatments or being too sick to work. After talking to the Social Security Administration and hearing about the "paper work", 'interviews" and "filings", it was overwhelming to me. So, I contacted Mark Doby at Wallace & Graham Law Firm in Salisbury. He my interview with a Disability Examiner and had my paperwork filed on August 1, 2014. On August 19th, 2014 I received notification that Social Security had approved my disability effective August 15, 2014. Thats just 2 weeks! Thank you Mark and all of the staff at Wallace & Graham for making my remaining life a lot less stressful! Carl R. Williams Jr. Salisbury,N.C.

Thanks for your continued effort on my behalf!