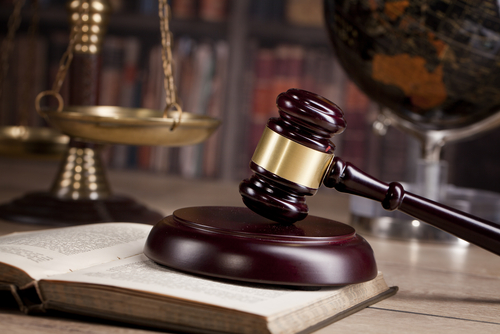 In a carefully-reasoned, 73-page decision issued on June 12, 2020, Thomas D. Schroeder, the Chief District Judge of the Middle District of North Carolina Federal Court, found that portions of North Carolina General Statute § 99A-2 were unconstitutional under the First and Fourteenth Amendments to the United States Constitution.   The case had been filed on January 13, 2016 and has drawn the attention and involvement of numerous interest groups.

The underlying bill was passed over the veto of then-Governor Patrick McCrory by the North Carolina General Assembly on June 3, 2015.  At that time, Dan Forest was the President of the N.C. Senate and Tim Moore was the Speaker of the House of Representatives.

While then-Governor McCrory was generally a supporter of agricultural interests, even he felt the bill had gone too far.  In his veto statement, Governor McCrory stated in part regarding the bill, “I believe it does not adequately protect or give clear guidance to honest employees who uncover criminal activity. I am concerned that subjecting these employees to potential civil penalties will create an environment that discourages them from reporting illegal activities.”

At the time the bill was passed, the Wallace and Graham law firm had been litigating its North Carolina Hog Farm Nuisance cases for two years.  Those cases, originally brought in state court and then re-filed in federal court, allege that neighboring families of certain of the industrialized swine growing operations in the eastern part of the State have had to deal with obnoxious and unreasonable levels of foul odor, flies, heavy trucks, and other nuisances.  The lawsuits also allege the communities pre-dated the industrialized hog operations.  Five of those cases went to trial in the 2018 and 2019 time period.  Since then, appeals have been filed, and the Fourth Circuit Court of Appeals heard the oral argument of the first appeal in January 2020.

At the time that the bill was passed, it was widely perceived as being an “Ag-Gag” bill meant to make it harder to report evidence of unlawful conditions inside of agricultural facilities.  Free-speech advocates criticized the bill for seeking to impose on First Amendment rights.  In the hog farm nuisance cases, the Plaintiffs had to file a motion with the Court simply to obtain access for their scientific experts to enter the facilities to make measurements and take samples.  There was evidence that the swine operations had fences and “no trespassing” signs and that it was impossible for neighbors to actually see what the conditions were inside of the enclosed hog sheds, from outside the property line.

While at the time of the bill’s passage it was widely viewed as an attempt to stifle attempts to investigate and report on industrialized animal growing operations, in fact the language of the bill itself went far beyond just the agricultural sector.  The main part of the bill, enacted as North Carolina General Statutes Section 99A-2, did not seek to limit itself only to agricultural operations.

Rather, the new law, enacted as Session Law 2015-50, stated broadly that “[a]ny person who intentionally gains access to the nonpublic areas of another's premises and engages in an act that exceeds the person's authority to enter those areas is liable to the owner or operator of the premises for any damages sustained.”  N.C. Gen. Stat. § 99A-2.

In the Court case, those challenging the scope of the bill included People for the Ethical Treatment of Animals, the Center for Food Safety, the Animal Legal Defense Fund, Farm Sanctuary, Food & Water Watch, the Government Accountability Project, Farm Forward, and the American Society for the Prevention of Cruelty to Animals.

The initial complaint was brought against Defendants the North Carolina Attorney General (charged generally with defending any new laws once they are in place), and the Chancellor of UNC-Chapel Hill.  The reason why UNC was named was because one of the Plaintiffs, the PETA group, alleged that it had a specific concern with potential animal cruelty issues at UNC animal testing laboratories.  The initial complaint also pointed to a prior investigation at a North Carolina hog farm that supplied Smithfield Foods.

After the complaint was initially filed, the Defendants filed a motion that sought to dismiss the case on the grounds that it was too speculative to say that the animal-rights organizations who were suing would in fact be subjected to adverse action under the new law if they sought to investigate animal cruelty issues.  Judge Schroeder granted the motion to dismiss in a 38-page Order that was filed on May 2, 2017.

On June 5, 2018, the United States Court of Appeals for the Fourth Circuit reversed the decision.  It found that the Plaintiffs had shown enough standing to be entitled to proceed further in Court.  In its decision, the Fourth Circuit noted that the Plaintiffs were “alleging that the Act interferes with their plans to conduct undercover investigations of government facilities in North Carolina for the purpose of gathering evidence of unethical and illegal animal practices and to disseminate this information to the public, in violation of the First and Fourteenth Amendments to the United States Constitution and various provisions of the North Carolina Constitution.”

After the case returned before Judge Schroeder, there were multiple additional documents and briefs that were filed.  The matter was orally argued in the Court on February 6, 2020.  On June 12, 2020, the District Court issued its new, 73-page Order.

The new Order is very detailed and specific.  The Order finds that parts of the new bill violate the constitutional rights of free speech.  In some respects, the Order only finds that the new law is unconstitutional as applied to specific facts, meaning, the ruling stops short of striking down the statute entirely.

Legal practitioners working in areas involving rights of workers and whistleblowers to document unlawful workplace conditions are encouraged to review the Order.  It also has ramifications for those who work in investigative media.  The ruling is nuanced and it is important to note that privacy and access-to-information issues need to be evaluated based on their particular facts.  For instance, in a medical setting, there may be HIPAA patient privacy laws in the mix.  In some workplace environments, workers may have signed agreements regarding disclosure of corporate trade secrets.  In addition, for some workplace safety violations, note that it may be a violation of law not to report dangerous and unsafe conditions.

In recent months, the Wallace and Graham law firm has seen an uptick in workplace whistleblower issues arising from the COVID-19 pandemic.  The new federal court decision hopefully will mean that workers who see unsanitary and unsafe infectious disease control conditions in food production, the health care industry, and elsewhere, have the ability to document and report what is happening at their workplaces.

Asked to comment, founding partner of Wallace and Graham Mona Lisa Wallace stated:  “We welcome this decision because it reinforces the rights and freedoms under our Constitution and the First Amendment.  Free speech and a free press are important safety valves in our society.  The new COVID-19 pandemic highlights how important it is for workers inside of affected facilities to be able to document unsafe conditions.  By trying to gag the ability of American citizens to investigate and publicize poor conditions inside of plants, factories, nursing homes and other places of work, these laws increase the dangers not just to our freedom of speech but also to our basic safety.”

I would like to express my sincere appreciation to this law firm.  Words can’t express how grateful I am for their support, empathy and polite conversations.  They listened to me and I am overwhelmed by their generosity!  They showed a great concern for me during a difficult time.  They were very knowledgeable with the case and helped me understand it all.  I will forever be grateful and highly recommend them if you need to be represented.

I want to thank every one at Wallace and Graham, this means so much to me. God Bless.

I learned about Wallace & Graham through a friend. I will highly recommend them for any asbestos related illness or injury that could be covered under workman’s compensation. They did an outstanding job for me. It may take a while for results, but it is worth the time. They worked very hard and kept me posted on the progress of my settlement. Many thanks to Ed & Trish for their hard work and support.