CALL TO ACTION TO PROTECT OUR ENVIRONMENT 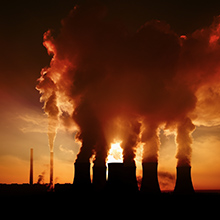 Protect Our Environment — Tell your Senator to Vote No on Wheeler – to keep the environment safe!

President Trump has nominated Andrew Wheeler, a coal industry lobbyist and a denier of climate change, to the second highest post at the Environmental Protection Agency (EPA). By nominating Wheeler to the EPA, the president is again placing more importance on big business, than the protections that have been put into place to Make America Safe.

To keep the EPA from being taken over by those that seeking the removal environmental protections, in favor of big business and industry, it is important to prevent individuals like Coal Lobbyist Andrew Wheeler from being confirmed as the second in command at the EPA.

Lobbyist like Wheeler have built their careers championing for the rights of big business and industry, with little concern for the well-being of those people that will be impacted by their activities. To combat the harm that could occur if a coal industry insider like Wheeler is confirmed to a leadership role at the EPA we must take action now.

Please take a few minutes to contact your Senators by calling the Capitol Switchboard at (202) 224-3121.

Ask them not to allow any harmful toxic substances to be released into our environment.

Tell them to “Vote No on Wheeler”

0 comments on "CALL TO ACTION TO PROTECT OUR ENVIRONMENT"

Wallace & Graham is an excellent and very professional law firm. The attorneys did an outstanding job of negotiating my case with other insurance companies and keeping me informed of the progress.The paralegals were friendly and very eager to assist me. I will definitely recommend, without reservation, Wallace & Graham law firm to all my friends and family members.

Dear Mrs. Wallace, Thank you for taking time out of your busy schedule to call me Saturday to discuss my husband's case. I was shocked to know that you were STILL working on my behalf. I am amazed and still amazed! In life, there are many paths you can take and many people who share the journey -- but it is the special people who help you along the way, and the most important people who care enough to give of themselves unconditionally. Thank you for being one of these special people. I also say this for Attorney Graham and staff.

I would highly recommend Wallace & Graham’s law firm to anyone needing legal assistance. Everyone that I talked to were very understanding and very helpful in guiding me through the legal process with my worker’s compensation claim. I especially want to express a heartfelt thank you to Michael Pross for all of his hard work and his most needed guiding advice. In life everyone needs a guardian angel and mine within Wallace & Graham was Beth Ousley. She made sure all of my paperwork was in order and called me often to make sure I understood what to expect next and how to fill out the needed paperwork. “Hats off” to Wallace & Graham. May God Bless you Beth and Michael and of course Bill Graham.

Dear Wallace and Graham, Just saying thank you is not enough to express what I feel in my heart for all you and your staff of many im sure have done for us. I can't imagine all the research, phone calls, court duties, and endless hours of hard work that has been done over the last several years. Im saying thank you with true feelings. May God bless you and have a wonderful holiday.