New data related to cancer deaths in the United States shows an overall drop in the numbers, but with some exceptions 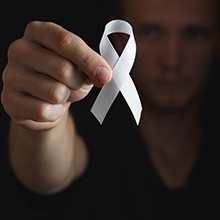 The Centers for Disease Control and Prevention (CDC), the United States agency responsible for monitoring the nation’s health, along with the National Cancer Institute (NCI), the United States lead cancer research agency, have recently updated the federal statistics on cancer incidence and deaths in the US.

0 comments on "New data related to cancer deaths in the United States shows an overall drop in the numbers, but with some exceptions"

I am grateful for your tireless work on my behalf and send my sincere thanks. You were always patient with my questions and efficient and courteous with your answers.
There was a Medicare lien filed against our settlement and you worked “over and above” to get a good resolution for us. The money got us out of credit card debt and left some in the bank for rainy days!
I send my appreciation to everyone who worked on my claim.
Sincerely,
John D. Yandel

Wallace & Graham litigated two compensation cases for me and they explained my rights under the workers compensation laws and what I was entitled to. Wallace & Graham assisted my other legal matters through an associate named Cindy Cobble, who always directed me to someone to help me. Wallace & Graham is not just my law firm there are my friends as well. I would recommend them to any and all my family, friends and associates.

I learned about Wallace & Graham through a friend. I will highly recommend them for any asbestos related illness or injury that could be covered under workman’s compensation. They did an outstanding job for me. It may take a while for results, but it is worth the time. They worked very hard and kept me posted on the progress of my settlement. Many thanks to Ed & Trish for their hard work and support.

Thank you as always Krystal for all you do and continue to do for us! The entire office/company rocks! Very appreciative to you all.