After OSHA Investigation and Fines for inappropriate handling of Asbestos, Davidson County Commissioners vote to take a Proactive Approach to Asbestos -- by Funding an Asbestos Survey that will Include 38 County Facilities that are 35+ years old 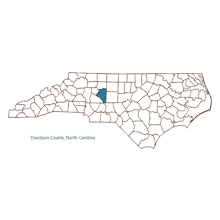 On October 10, 2017, the Davidson County Board of Commissioners unanimously approved a proposal from TrinityEnvironmental to conduct comprehensive asbestos surveys on 38 facilities around Davidson County. The survey, costing the county $42,000, will evaluate the facilities, locate, and describe the condition of any materials that could potentially contain asbestos. The company will then advise the county and provide training related to safely maintaining buildings with asbestos-containing materials. The approval comes less than two months after OSHA fined the county for potentially exposing county employees and members of the public to asbestos fibers at the Davidson County Courthouse. (SEE OSHA Finding below). Asbestos is a fiber that when inhaled can lead to a number of health issues. The dangers related to asbestos have been known for many decades. Exposure to asbestos has been linked to a number of respiratory issues, including mesothelioma and various other cancers. Inhaling asbestos fibers is the only known cause of mesothelioma, a deadly cancer that attacks the lining of the lungs. According to OSHA documents, the investigation related to the handling of asbestos at the Davidson County Courthouse began after the agency received a complaint about how asbestos-containing materials were being handled during construction and maintenance projects at the courthouse. [1] While investigating the complaint, OSHA investigators found three violations related to poor management of the asbestos issues at the courthouse. Those findings resulted in three citations and $6,500 in fines. Davidson County has contested the findings, and in a press release pointed out that the “OSHA inspection revealed no current health or safety issues in the courthouse, but found violations concerning asbestos management.” [County: No current health concerns at the courthouse. [2] This is a “proactive strategy” according to Davidson County’s assistant manager Casey Smith. He explained that the survey will inspect buildings that are 35 or more years old. These buildings, like many others across the country built prior to the 1980s, were likely constructed with materials that contained asbestos. Going forward, this approach will give Davidson County officials the information that they need to ensure the safety of employees and citizens that use county facilities, like the courthouse, but some worry that the damage has already been done. Davidson County Clerk of Superior Court, Brian Shipwash, has been very vocal about the asbestos issues at the Davidson County Courthouse. In fact, Shipwash has repeatedly said that he is the person who made the complaint to OSHA about potential asbestos exposure at the courthouse after a worker complained to him. While Shipwash is glad to see the proactive approach that the county commissioners have decided to take, he is also worried about the lack of precautions that were taken over the years. Shipwash said he could recall a number of projects that he had witnessed in his 19 years of working at the courthouse that disregarded the dangers of asbestos-containing materials, adding that the county had been notified of the asbestos hazard in 2015. Shipwash went on to explain that he is concerned for his staff, the county employees tasks, even citizens who come into the courthouse. Stating that due to the county’s lack of asbestos management, they all could have “potentially been exposed to airborne asbestos due to their [Davidson County’s] failure to properly treat this building as such in the many projects that they [the county] have done” [3] Shipwash, like many others working and conducting business at the Davidson County Courthouse, want to know that the county is following all the federal and state rules and procedures for handling materials that contain asbestos. After all, those rules and procedures were created to keep people safe from the harmful effects that can be caused by asbestos. REVIEW: VIOLATIONS FOUND BY OSHA FOLLOWING INSPECTION OF DAVIDSON COUNTY COURTHOUSE (August 2017) [Inspection: 1242193.015 - 134918 - Davidson County Courthouse - Clerk of Courts https://www.osha.gov/pls/imis/establishment.inspection_detail?id=1242193.015

0 comments on "After OSHA Investigation and Fines for inappropriate handling of Asbestos, Davidson County Commissioners vote to take a Proactive Approach to Asbestos -- by Funding an Asbestos Survey that will Include 38 County Facilities that are 35+ years old"

Thanks to all of you for what you have done for me and my family since the death of my husband.  Wishing you all the best of holidays this year.  Sincerely, Betty Hammontree

Wallace & Graham successfully fought my case against many manufacturers and insurance companies. Many thanks to attorney Mike Pross, paralegal Beth Ousley, and the staff and complete support of this highly professional firm. I would highly recommend this firm for all your legal needs. Put a winning team on your side - a team from Wallace & Graham. Thanks!

I want to say you all did every thing just right. I could not ask for nothing to be done any better then you all did.

Special thanks to Whitney Wallace for assisting me with my workers compensation claim. Whitney and her paralegal, Megan, were patient and understanding. They stayed on top of any issues and assisted me through the entire process. Whitney reassured me that it was ok to seek the benefits that I was entitled to receive. The dedication and hard work of Whitney and Megan resulted in a settlement that I am very grateful to have received.