Sales of Essure birth control implant to be halted 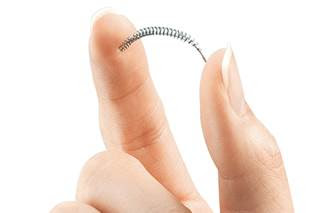 This is a re-post of an article, "Sales of Essure birth control implant to be halted by Bayer; U.S. last to sell controversial device" published by the Washington Post on July 20, 2018.  Written by Laurie McGinley

"Pharmaceutical giant Bayer said Friday that it will halt sales of its controversial Essure birth-control device in the United States at the end of the year, bringing to a close a protracted battle over an implant that thousands of women blame for serious health problems, including persistent pain and perforations of the uterus and fallopian tubes.

The company said Essure's removal from the market was "business decision" prompted by precipitous declines in sales in recent years. It said in a statement that it stands by the safety and effectiveness of the device, and added that women who currently have Essure in place can continue to “confidently” rely on it.

The United States is the last country where Essure is being sold. Last September, citing "commercial reasons,” Bayer announced it was ending sales outside the United States.

Essure, which is designed to cause sterilization, consists of two inch-long, flexible coils made in part from an alloy of nickel and titanium. In a procedure that takes about 10 minutes, a doctor inserts the coils through the vagina and cervix and into the fallopian tubes, which carry eggs from the ovaries to the uterus. Over three months, scar tissue is supposed to form around the coils, creating a barrier that keeps sperm from reaching the eggs.

In recent years, thousands of women have reported complications including autoimmune problems, unintended pregnancies and the migration of the coils into the pelvis or abdomen. Many said the problems were so severe that they had the devices surgically removed. Bayer has been served with lawsuits representing more than 16,000 patients, the company said earlier this year.

Angie Firmalino, one of the leaders of the fight against the device, on Friday said she was "blown away" by Bayer's announcement. "It took way too long, but we won," said the 46-year-old mail carrier from Tannersville, N.Y.

Firmalino said she had the device inserted in 2009 and almost immediately began having pain and bleeding; she eventually learned that the coils had migrated to her uterus and had a hysterectomy. In 2011, she started the Facebook group “Essure Problems,” which has waged a social media campaign against the device and pressed the Food and Drug Administration to ban it. The group has 37,000 members.

Bayer said Essure sales in the United States have plummeted by about 40 percent a year in recent years. On Friday, the company attributed the decrease to several factors: a decline in the number of women using permanent contraception; increased reliance on long-acting contraceptives that are reversible, such as intrauterine devices, and “inaccurate and misleading publicity” about the implant.

The device, which was approved by the FDA in 2002, was initially hailed as a nonsurgical alternative to tubal ligation, commonly called having one's “tubes tied.” It was developed by Conceptus Inc., a California medical products manufacturer that Bayer acquired in 2013.

As reports of complications have mounted over the years, the FDA has consistently maintained, as Bayer has, that the device's benefits outweigh its risks. But the agency also has acknowledged that there have been serious problems associated with the contraceptive and ordered up additional warnings and safety studies.

In 2016, for example, the FDA required Bayer to add a “black box” — the agency's most serious warning — to the product's label. And it directed Bayer to create a three-page checklist for doctors to use in discussing potential problems with patients before implantation."

Finish reading the full article on WashingtonPost.com or find out if you have legal recourse against Essure.

Donnie and I feel fortunate to work with the law firm of Wallace & Graham. This is a team second to none which is professional in approach, courteous in demeanor and always displays sensitivity for their client’s needs. The amount of time and effort solely devoted to our claim making sure we were rightfully compensated for exceeded our expectations. We will recommend the law firm of Wallace & Graham above any other law firm.

Wallace & Graham have been there for me every time I needed them. They help me understand the Social Security Disability process and won my case. Whitney and Megan continue to be there for me through my workers compensation case, answering any questions I have. They are not only handling my case but are working with other family members of mine, and we all love the job they are doing for us. Thanks Whitney and Megan. Y'all are a great team.

Whitney and Megan are without question the most professional and polite people I have ever met. They explained every step of the process and made me feel very comfortable. I felt complete trust in their guidance and wisdom. This was an extreme life changing event for my life. I feel honored to have them beside me as I enter a new chapeter in my life. I hope I never need this service again and will suggest them to anyone in need. I would consider them friends!

To Mr. Graham and Mona Lisa and all of the staff thank you so much for the check i received today, It sure came in handy with my medicine being so expensive. Ive really enjoyed your firm and have no complaints, god bless all of you.