Tyson Foods Inc. Gets Called Out On Social Media with a Reminder that from 2010-2014, the Food Industry Giant that was the 2ND Biggest Polluter of US Waterways; polluting those waterways with about “18 million pounds of toxic chemicals annually

A proposed poultry operation in Kansas gets Tyson Foods Inc. is called out on Social Media with a reminder that the food industry giant was the 2nd biggest polluter of US Waterways between 2010 and 2014; dumping about “18 million pounds of toxic chemicals" into waterways annually. Erin Brockovich took to social media to call out Tyson Foods Inc. as a major polluter of US Waterways in a show of support for Kansas community opposed to a proposed Tyson Foods poultry facility. Brockovich became well-known for her consumer and environmental advocacy work, following a movie from 2000 based on her experience working as a legal clerk, collecting evidence about water contamination that had sickened the residents of Hinkley, CA. In the last 20 years, she has repeatedly spoken out against known corporate polluters. Because of the film, groups fighting to protect their communities from corporations that are known environmental polluter often contact Brockovich. Most recently, she has joined with residents of her home state of Kansas to oppose the opening of a Tyson Foods Poultry Facility. Over the weekend, Brockovich spoke out on behalf of the residents in Tonganoxie, Kansas, a location not too far from her own hometown -- Lawrence, Kansas -- that are opposing the opening of a Tyson Foods poultry plant in the community. On Sept. 7th, Brockovich took to social media to speak out against the proposed poultry facility. In the posting directed to Tyson Foods via her Facebook page, Brockovich acknowledges the many residents of Tonganoxie that had reached out to her for help, going on to call out Tyson Food Inc. for their history of polluting the nation's waterways. In the post, she directly addresses Tyson Foods, saying to the company, "Clean up your act if you want respect. Get off the list of our nation's biggest polluters and then come talk to us. Until then, you cannot continue to grow on the backs of the people.” (Link to Erin Brockovich FB post/Page) Considering her stance on protecting the environment, and Tyson Foods Inc.’s history of pollution, it is no surprise that Erin Brockovich joined the community’s efforts by speaking out against a proposed Tyson Foods poultry operation. As Brockovich pointed out in her post, Tyson Foods is responsible for dumping into the more than 18 million pounds of toxic chemicals into the nation’s waterway annually. This point is driven home further by the most current data that Tyson Foods submitted on its own behalf to the United States Environmental Protection Agency’s (US EPA’s) Toxic Release Inventory. According to that data, Tyson Foods Inc. was the 2nd biggest polluter of America’s waterways from 2010 to 2014, trailing behind AK Steel Holding Corp., who holds1st place as the biggest polluter of the country’s waterways. As pointed out by Brockovich, this means, “Tyson Foods and its subsidiaries’ processing plants dumped more than 104 million pounds of pollutants into waterways over those five years – more than Cargill Inc., Koch Industries Inc., and ExxonMobil Corporation combined.” Supporters of the new facility, including a representative of Tyson Foods Inc., and local government officials have down played the company’s history as a major source of waterway pollution. Instead, supports are pointing to the benefits the new facility will bring to the community, which according to Kansas news KCTV, those that support the Tyson plant say it will bring 1,600 jobs to the area and help to improve the area’s economy to the tune of $150 million. While the local citizens and government officials consider the fate of the Tyson operation it may be a good idea to take into account the cost to clean-up any sites that are contaminated by the operation. Considering that Tyson Foods Inc. has a history of waterway pollution, the cost of cleaning up (which seems inevitable) could far outweigh any potential benefits for the community as a whole. 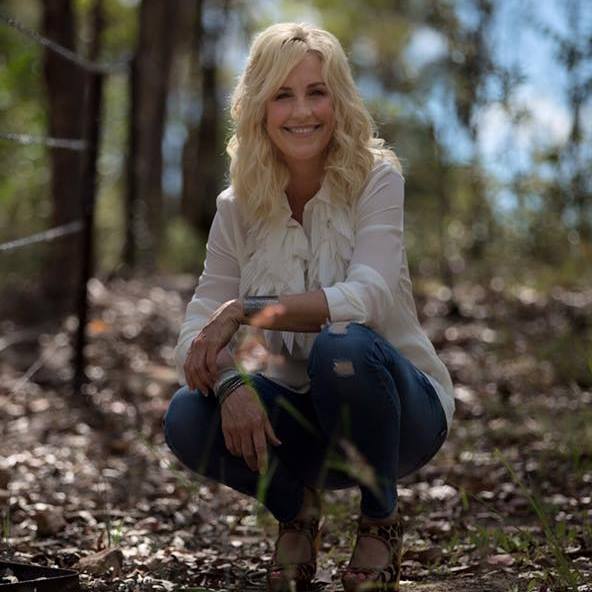 September 7 at 7:41pm · My inbox is full of requests from the good people of Tonganoxie, Kansas asking for my help fighting a massive chicken processing plant in their community. Mothers have sent me photographs of their children at the local baseball field... just blocks from the location of the proposed slaughter house. Tyson Foods dumps more than 18 million pounds of toxic chemicals into America's waterways each year ! ! ! I often struggle with how I can help in communities facing the hired guns from giant corporations... and the false promises of jobs... toting along paid off politicians. I was born and raised in Kansas... now living in California... where I too have been receiving pollution and environmental complaints about Tyson Foods for over a decade. I base my involvement on these matters based on a company's current record... so here is a fun fact for Kansas Governor Brownback: Tyson Foods Inc. was the second biggest polluter of America’s waterways from 2010 to 2014, according to the most current data the company submitted to the United States Environmental Protection Agency’s (USEPA’s) Toxic Release Inventory. Ranking only behind AK Steel Holding Corp, Tyson Foods and its subsidiaries’ processing plants dumped more than 104 million pounds of pollutants into waterways over those five years – more than Cargill Inc., Koch Industries Inc., and ExxonMobil Corporation combined. Doug Ramsey, an official with Tyson Foods, lied about the company's record of pollution and waste discharges... then demanded respect... sorry Mr. Ramsey, but I don't respect a talking head from our nations biggest polluters that do in fact shit where they eat. Clean up you act if you want respect... get off the list of our nation's biggest polluters... and then come talk to us... until then... you cannot continue to grow on the backs of the people.

0 comments on "Tyson Foods Inc. Gets Called Out On Social Media with a Reminder that from 2010-2014, the Food Industry Giant that was the 2ND Biggest Polluter of US Waterways; polluting those waterways with about “18 million pounds of toxic chemicals annually"

Whitney and Megan have been wonderful over the past 2 years. They both have taken time out of their busy schedules to answer any questions, comments or concerns. I would be glad to have them on my side again if I ever needed. In my opinion you can't go wrong with this team.

Wallace & Graham diligently fought for justice for our family while dealing with the insurance company and Angela and Megan, so kindly, attended to any questions we had during the workman’s compensation process. I highly recommend them to friends with legal situations.

I am so pleased and happy with Mark Doby as my attorney. He has been I my corner with Asbestos, leukemia, dealing with my Ins. Folks while I’ve been on my death bed. He’s released me from the stress of my sickness. He continues to be in my corner. Thank you for your support and providing me with Mark. I cannot tell you how pleased me and my family are. Please make sure Mona Lisa and Bill see this note. I’ve been so sick and I do thank y’all so much.

Whitney is not only my lawyer, she has grown to be my friend. I think of the law firm as my family. If something didn’t go right, all I had to do was call and Whitney and Megan would get it handled for me. Whitney didn’t settle for the first offer from the defendant, but took the time to make sure that it would benefit me too.