Big Tobacco Ads Are Back, But This Time They Include The Facts 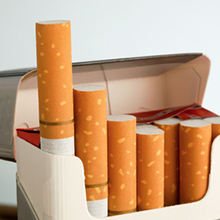 New Tobacco Ads are coming intent on exposing the truth about the lies told by Big Tobacco, keep reading to find out more.

[embed]https://www.youtube.com/embed/vwLchpP4Z20[/embed] You may have noticed the recent reappearance of cigarette advertisements from the major cigarette manufacturers, Altria, R.J. Reynolds Tobacco, Lorillard, and Phillip Morris USA popping up in print and broadcast. These ads mark another victory against the deceptive practices of cigarette makers, and health organization, advocacy groups, and their supporters see the new cigarette ads to be one more step towards these manufactures telling the truth about the role they played in deceiving the public about the deadly impact of smoking. The cigarette ads, which began appearing this week, are the result of a 2006 federal case that found cigarette makers guilty of violating racketeering laws. As part of the ruling in that federal case, a court-order requiring cigarette manufacturers to place “corrective statement” advertisements in print publications, on network television, the internet, and other locations where cigarettes are sold. The court order requires that cigarette manufacturers place these “corrective statement” advertisements throughout mainstream media, requiring that newspaper and print ads run until April 2018 and on cable and network television during primetime broadcasts for 52 weeks, beginning November 27. The message from the American Cancer Society the, "Truth Will Come Out” a hope held by all of the public health groups and advocates is that Big Tobacco will be finally be held accountable for the industries decades of misinformation and lies told to consumers by cigarette manufacture.       Here are some examples of Big tobacco ads from the past:                     To view more of the court-ordered Big Tobacco television ads/corrective statements and print advertisements by visiting the American Cancer Society website, listed below. American Cancer Society; Link to new advertisements;

0 comments on "Big Tobacco Ads Are Back, But This Time They Include The Facts"

Thanks for everything and have a blessed day.

Thank you for your persistent effort Wallace and Graham.

Wallace & Graham exemplify professionalism, integrity, compassion, and consistency. They took out the time to visit my dad, to explain the step by step process of his claim. My family and I, without reservations, highly recommend them for any legal matters.

Wallace & Graham have worked very hard for me on my hearing loss case. Mark and Frieda have done their homework and helped me win this case. It has not been easy or quick. Mark assured me that we had a good case, and that we would win. I am very satisfied with my attorney he dug deep and hit them hard – where it hurts. I know he had some trying times with Domtar’s lawyer and the industrial commission. I could not had made it without you. Thank you very much Mark and Frieda.